You are here: Home / Understanding Islam / American Convert to islam

Islam is a monotheistic religion, civilization and way of life practiced by 1.6 billion people. Easily the world’s fastest growing religion. Islam is not confined to Arabs or Asians. People are accepting Islam in the West, in the Middle Eastern countries, in Africa, Far East and other parts of the world. 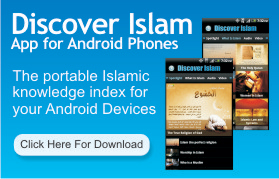